Normalizing relations are used to minimize error in measuring bat performance. The experimental error can be due to variation in ball properties and test speeds. While they complicate the formulas used to calculate performance, they improve the experimental repeatability.

It is desirable to make the laboratory measures of performance as accurate and repeatable as possible. Small variations in ball weight, stiffness, and elasticity can have a measurable effect on bat performance.

A new model has been developed to account for variation in ball COR and stiffness. [n] The BBCOR is normalized to a ball having a standard CCOR (CCORs) and a standard stiffness (ks) according to

where BBCORn is the normalized BBCOR and rN is given by 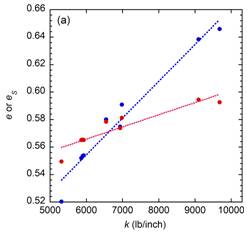 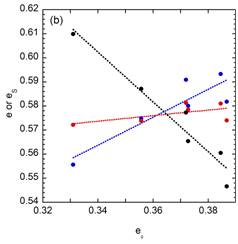 where, for a pivoted bat,

Fig. 11.2. Comparison of normalizing on the performance of four bats as a function of test ball weight.